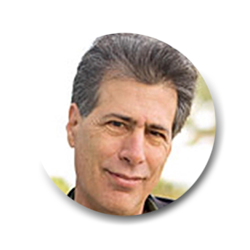 Steve Shlisky
Post Production Editor
Steve Shlisky is an award-winning television production professional with four decades of experience in the San Francisco Bay Area, including 39 years at KTVU in Oakland. He has also worked for KICU-TV and, early in his career, at KNTV in San Jose. He is also a co-chair and instructor of the media communications department at Laney College in Oakland, and leads his own Steve Shlisky Productions, producing and editing local videos for non-profit agencies.

He joined Kevin Wing Media + Communications in 2016 as a video editor and producer. His work can be seen on various clients’ documentaries, namely the Ohlone College 50th anniversary documentary series.

Very involved with the San Francisco/Northern California Chapter of The National Academy of Television Arts & Sciences, Education, Steve served as its Chapter president from 2016 to 2020. He is the Chapter’s current programs and activities chairperson.