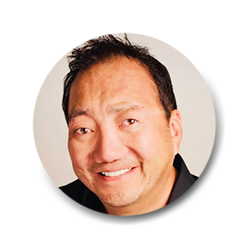 Kevin Wing is a two-time Emmy Award-winning Bay Area television journalist. He has worked as a news reporter, producer, special projects producer, writer, field producer, assignment editor and news anchor. In June 2020, he began his 35th year in the San Francisco Bay Area television news industry. Currently, he is a journalist with KNTV NBC Bay Area, where, in 2018 and 2020, he was nominated for an Emmy Award for best breaking news. Kevin is also a seasoned communications and public relations professional in the Bay Area.Kevin founded his production company, Kevin Wing Media+Communications, in 2010, as a natural extension of his work in television. The company specializes in corporate and public sector video production, public relations and broadcast media consultation.

In 2013, Kevin received a distinguished honor when the San Francisco/Northern California Chapter of the National Academy of Television Arts and Sciences inducted him into the Silver Circle for career achievements spanning 25 years or more. In the 73-year history of Bay Area and northern California television dating back to 1948, Kevin is among more than 275 fellow Silver Circle inductees and is one of its youngest inductees.

Kevin began his television career in 1986 while still in college, starting as a news writer at KICU-TV Channel 36 in San Jose. The following year, he joined KTVU Channel 2 in Oakland as a weekend assignment editor. In 1988, he began his first full-time TV job in San Diego as an assignment editor at KFMB-TV Channel 8. The following year, he relocated to Eureka, where he was hired as a news anchor and reporter, becoming the North Coast’s highest-rated anchor after only two months on the air. In 1990, Kevin returned to the Bay Area when he rejoined KTVU as an assignment editor and reporter for “Mornings on 2” and “The 10 o’clock News.” During his 11 years there, Kevin received numerous honors for his work, including two Emmy awards for best breaking news coverage (1996) and best daytime newscast for “Mornings On 2” (2000). Kevin also spent four years as a reporter at KNTV before it became an NBC station. Kevin was South Bay Bureau assignment manager at KGO-TV ABC 7 in San Francisco for several years. He has also worked at KRON-TV, also in San Francisco. Additionally, Kevin spent three years as a news writer and producer at KNTV NBC Bay Area.

His career accolades also include honors from the Associated Press Television Radio Association, the Radio Television News Directors Association, the San Francisco Peninsula Press Club, the Joey Awards, the Telly Awards and the Communicator Awards. In 2013, Kevin received the 2013 Governors Service Medallion from the San Francisco/Northern California Chapter of the National Academy of Television Arts and Sciences for his many contributions to the Chapter and to the Bay Area television news industry.

Kevin has represented the San Francisco-Oakland-San Jose television market, the sixth-largest in the country, as regional vice president, San Francisco, on the Board of Governors of the San Francisco/Northern California Chapter of the National Academy of Television Arts and Sciences, from 2012 to 2016 and from 2020 to 2022. For seven years, from 2012 to 2019, Kevin was editor-in-chief of “Off Camera”, the Chapter’s monthly publication, which is distributed to Chapter members in California, Nevada, Hawaii and Guam. In 2021, Kevin was named chairperson of the Media Museum of Northern California, which exists through a consortium of news media and broadcast organizations that include the National Academy of Television Arts & Sciences, Society of Professional Journalists, San Francisco Peninsula Press Club, California Historical Radio Society, Bay Area Radio Hall of Fame and Broadcast Legends.

Kevin resides in the San Francisco Bay Area. He enjoys traveling, staying in shape through cycling, tennis and going to the gym, being outdoors and dining al fresco at a favorite restaurant. When not working on a TV newscast or a video production project, Kevin is busy writing children’s books and travel books.