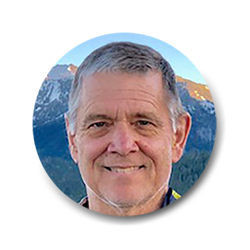 Ken Day
Director of Photography
As a high school sophomore in 1970, Ken Day knew what he wanted to do with his life. He bought a camera and set out to learn photography. From sunrise to sunset, he would explore his world, photographing everything from nature to sports to the homeless.

After graduation from Sacramento State University in the late 1970s, Day landed a job at Sacramento PBS station KVIE. Two years later, he was hired by an NBC affiliate in Boise, Idaho. Then, it was back to Sacramento and CBS station KOVR where he stayed 15 years working as a news photographer. Day covered everything from earthquakes to Presidential visits and special assignments in Israel and Mexico. Day has several Emmy® Awards for his photography. He left KOVR in 1997 and started his own business, Ken Day Productions.

Ken has since covered the O.J. Simpson trial and the Unabomber trial, along with many news stories and features for ABC News. He also works on numerous documentary projects and always goes the extra mile to do an excellent job. Ken is first in line to offer help to nonprofits and community activists.

Ken met Kevin Wing in 2014 when the two first worked side by side for ABC News, covering breaking news in northern California for the network. Ken joined the Kevin Wing Media + Communications team in 2020 and, so far, has filmed numerous video projects for our clients, including the Stockton Symphony.
Scroll Up