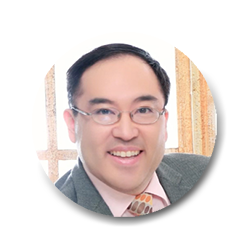 Cedric Cheng’s experience in graphic arts began in 1996 when he started LINC Designs with two partners. Soon after, it became Cedric Cheng Design specializing in graphic communications for both print, promotions and web design and development for a variety of clients. In the print industry, Cedric served as senior graphic designer at Minuteman Press in Lafayette, Pleasant Hill and Dublin offices in addition at AlphaGraphics in Walnut Creek performing tasks from the creative to the technical aspects of commercial printing. Cedric also has ad agency experience with a stint at TBWA\Chiat\Day in San Francisco as well as technical graphic designer for Café Press in San Mateo.  Cedric joined with Kevin Wing Media + Communications in 2021.

Cedric is a graduate from San Francisco State University but with a degree in Economics and a minor in Asian American Studies. Cedric also took graduate courses in management at JFK University. Cedric earned a web development certification as well as working with many candidates running for public office as their campaign graphic designer and advisor. Cedric Cheng resides in the East Bay with his family as well as being active in the community serving on various non-profit boards advocating for the Asian Pacific American community and youth issues. Cedric is also serves on Concord Pavilion Community Outreach Committee appointed by the Concord City Council in 2019 as well as the Visit Concord Community Friends and Advisory Committee.
Scroll Up