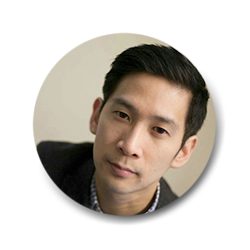 Alexander Wong
Music Composer
Alexander Wong actively composes for film, television, and multimedia with projects spanning San Francisco, Los Angeles, New York, Taipei, Beijing and Shanghai. His music is featured in short films (animation and live action), advertisements (products and services), promotional marketing videos, and a variety of web content. He also has several works in progress for choir and live orchestra, and his music has been performed in concert as well.

Alex joined the Kevin Wing Media+Communications team in 2017 as the agency’s chief music composer and producer. His outstanding music can be heard on several of our projects, including our documentaries for the city of Fremont, Ohlone College and the Old Mission San Jose Museum, among others. Alex has studios in the Bay Area, Los Angeles and Taipei.

Alex composed the score for the Taiwanese drama series: “Green Door”, starring famous Taiwanese singer Jam Hsiao. Jam Hsiao also sings the End Credits song that Alex wrote for the series. Alex served as both Lead Composer and Music Supervisor on the project, which aired on Taiwanese television in 2019 and is also available on Netflix globally in over 190 countries. He also composed the score for the short film “Shotgun”, which has recently garnered much acclaim in the film festival circuit. It was nominated for “Best Comedy Short” and “Best Actress in a Short” at the Twin Tiers International Film Festival, and won “Best Production” at the Madrid Film Festival in New Mexico.

Alex studied music theory at The Juilliard School of Music, film scoring at UCLA, and holds a Master of Music in Music Technology from New York University with an emphasis in Scoring for Film and Multimedia. He taught music and audio production, sound design, and film scoring at Taiwan’s renowned Shih Hsin University while also managing their on-campus Recording Studio. In addition, Alex teaches private lessons at his personal music studio. Occasionally, Alex holds workshops and seminars on the subjects of Film Music, and Composing Music for Media for aspiring students.
Scroll Up